The Study of Liturgy and Worship 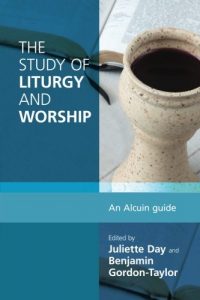 Back in the day when ‘Liturgy’ was Dix and ‘Worship’ was Underhill, ‘Study’ tended to focus on detailed analysis of increasingly narrow topics. When those who studied liturgy had been nurtured on a Tridentine Mass or a Prayer Book Communion service, much could be taken for granted.

So a book that takes liturgical study out of its straitjacket is highly welcome. Here, in a single volume are 22 essays of roughly equal length, grouped under four headings. ‘Foundations’ opens with essays on Worship and Liturgy. The second section, ‘Elements’, looks at Time, Space, Music, Language and Ministries. The third section, ‘Event’, deals with specific occasions for liturgy, whilst the most challenging chapters are perhaps those of the fourth section of the book, described as ‘Dimensions’. Here, in the chapter on Ethics, Siobhán Garrigan notes how at times ‘liturgy has failed to change, and might even have aided, some of the world’s greatest unethical situations.’ She notes that the Old Testament prophets were only too well aware of the need for worship to be ethical. We neglect their warnings at our peril (‘I hate, I despise your festivals’ Amos 5.21 and ‘Do not trust these deceptive words “This is the temple of the Lord”’ Jeremiah 7.4). She notes how Karl Rahner, at the Second Vatican Council, argued that ‘if you do not get life right, you cannot get liturgy right.’

Ruth Meyers in the following chapter reminds us of the place of worship in forming people for Mission, and building a ‘Mission-Shaped Church’. Philip Tovey’s chapter on Culture reminds us of how slowly and grudgingly progress has been made. The Second Vatican Council had raised the issue but going beyond vernacular masses (which was a huge step), real change expressive of different cultures has been limited. He also notes that The Anglican Communion, with prayers for ‘us and for all men’ has been slow to adopt inclusive language and produce liturgies for occasions when a significant proportion of communicants are children.

‘Dimensions’ concludes with Myra Blyth’s chapter on Ecumenism. She writes as a Baptist minister who spent many years at the World Council of Churches. Churches have moved from priding themselves on fine distinctions and divisions to heeding Jesus’ prayer that all should be one. The Lima document on Baptism, Eucharist and Ministry was a real milestone. But, Blyth notes, there have been setbacks. She writes, ‘For Margaret Kässmann, former Bishop of Berlin-Brandenberg, the (2003) report and especially the framework for common prayer, represents a backward step on the ecumenical journey. It is “a document of fear which takes great care to establish the boundaries that divide us”’.

The inclusion of these themes as equal has produced a well-rounded study. But this has meant that much has had to be abbreviated and the valuable list of further reading at the end of each chapter will need to be accessed in order to explore each topic in more depth. I might have looked for a longer chapter on ‘Eucharist’ but the chapters on ‘Ritual’, on ‘Prayer’ and on ‘Sign and Symbol’ and ‘Word and Sacrament’ provide valuable insights to add to what is found there.

The importance of ‘Word’ is also stressed in chapters on liturgical language, and on Proclamation, which can bring us back to noting the importance of a chapter on Ethics. These discrete essays fit together superbly. The richness and diversity of content has meant that the reviewer has found a great deal of importance beyond what might have been expected; essays on Eucharist, Services of the Word, and those which mark membership and rites of passage. The way the book is constructed means that no aspect can be treated in isolation, and the totality of what it offers will make a great contribution to enabling those responsible for worship to make it a transforming and enriching experience.