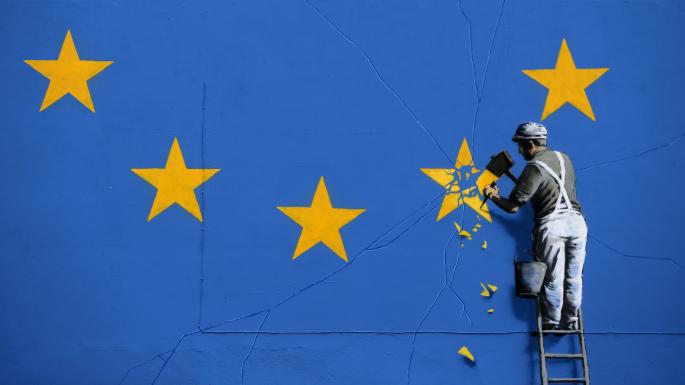 Another fascinating programme in Melvyn Bragg’s almost-always enlightening In Our Time — the last of the current series. This one considered ‘the mind/body problem’, starting with Descartes’ famous quotation, cogito ergo sum, and then tracing the history of this philosphical and theological question from Ancient Greece, through Thomas Aquinas, Bishop Berkeley, Spinoza, Huxley and through to the modern day (though I missed the very end — I’ll have to listen again.)

If you’re not familiar with the London Institute of Contemporary Christianity then I suggest you take a look. Amongst other things they have a weekly comment column entitled Connecting with Culture which is always worth a read.

This week Nick Spencer writes about an infamous advertising slogan and the marketing of a fashion chain, with important lessons about the limits of self-expression in a free society.

Unity, Rome and all that

The Confession of Peter is kept on a date observed in the calendar of the Roman Catholic Church as ‘the Chair of Peter’, which commemorates the arrival of Peter in Rome, the date from which Roman Catholics account him as the first Bishop of Rome, the first Pope (the ‘Chair’ is the cathedra, or chair from which a bishop teaches in their cathedral church — the traditional Chair of St Peter is enshrined in a magnificent baroque monument by Bernini at the west end of St Peter’s Basilica in the Vatican). This feast has been commemorated in Rome from the earliest times, and the gospel reading for the day is traditionally the acclamation by Peter of Jesus as the Messiah, the Son of the living God (Matthew 16.16). It is this confession of faith which gives its name to the feast as commemorated by some Anglicans.

The Conversion of Paul, of course, commemorates the event described in the Acts of the Apostles (Acts 9.1-9), where Paul, journeying to Damascus to persecute the early Christians, is waylaid by a blinding light, and called to serve Christ, whom he has been persecuting.

During the Week of Prayer I shall be spending some time in Rome. I hope to be able to pray at the tomb of St Peter, and to visit also the basilica of St Paul. Here are some of the ancient memorials of the Christian faith. I hope also to be present at an audience with the Pope, the Bishop of Rome. Even though Anglicans are not in communion with the See of Rome, it is that unity — along with unity with our other separated brothers and sisters — for which we pray most especially next week.

As Anglicans, we have long considered ourselves to represent the Via Media. Historically this has meant the ‘middle way’ between the ‘extremes’ of Geneva and Rome, between extreme Protestantism and extreme papalism. Over the last hundred years or so it has perhaps been expressed in the Lambeth Quadrilateral, emphasising our gathering around the fourfold points of the bible (as containing all things necessary to salvation), the sacraments of baptism and the eucharist, the liturgy of the Book of Common Prayer, and government by bishops, suitably adapted to different places. We have, perhaps, seen ourselves as a possible model of unity without uniformity, a communion of self-governing Churches, not beholden to one another, nor governed by one another, each expressing the essentials of the Christian faith in its own area. Each Church too has provided ways in which the bishop of a diocese can take counsel with representatives of all their people, laity and clergy alike. This was an important part of the English Reformation, led by the bishops and enacted by the people in Parliament, and it was a principle further developed by the American Church, and then in synodical government in New Zealand and elsewhere. All these have been important contributions by Anglicans to our understanding of the Church — both of our own Church and as a vision of a wider, united Church. Unity not uniformity.

In our time we seem to be straining at the bonds of unity which tie us to each other, to our bishops and to the Archbishop of Canterbury. In this Week of Prayer for Christian Unity let us not forget to pray for all our fellow Anglicans — that our communion may not be fragmented — as well as for reunion with those with whom we are not currently in communion.

May we all be one, that the world may believe.

on Wednesday, 8 October 2003 at 10.03 am by Simon Kershaw
categorised as opinion

In an article ‘Spiritual spending’ costs women £670m a year in today’s Daily Telegraph (free registration required, fake details okay!), a number of ‘alternative’ forms of spirituality are listed, including reflexology, acupuncture, massage, reiki, and so on. Apparently women are spending a lot of time and money on these ‘to combat the stress of modern life’. Christianity and other religions don’t even get a mention.

As has been suggested by others, there does seem to be a hunger for spirituality that the modern world doesn’t otherwise supply. I wonder what it is that these new age techniques provide that is lacking in Christianity? Or, contrariwise, what is it about Christianity that is unwelcome? Commitment perhaps? An accompanying social message? Or is it ‘post-imperialism’ — Christianity having ruled the roost in the west for so long, many people would rather look elsewhere, or perhaps don’t see anything particularly spiritual about the faithful few at their local church? Perhaps they want to associate with people of a similar age and don’t find that (or think they won’t) at the church either?