on Friday, 10 February 2017 at 2.41 pm by Simon Kershaw
categorised as elsewhere on the net, liturgy

This week’s edition of the Roman Catholic paper The Tablet contains a couple of interesting articles on the possibility of further revision to the English version of the Roman rite.

The new Mass translation introduced in 2010 has few admirers

Pope Francis has just appointed a commission to revisit L.A. [Liturgiam Authenticam] This could be an opportunity for a return to the pastoral good sense of Comme le prévoit, opening the way to finally introducing the 1998 missal. It needs a few additions, such as the memorials of recently canonised saints, but it would be a blessing for the English-speaking churches, and it is ready and waiting in the wings.

Talk of a major revision or replacement of the 2010 missal is surely unrealistic and premature. But the frustrations that that missal is causing remain real, and a provision for other approaches would do much to relieve them. Moreover, we would be helping a new generation to conduct a healthier and less contentious revision process next time round. 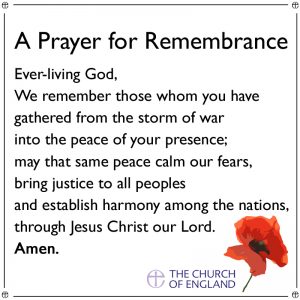 on Friday, 30 September 2016 at 6.48 am by Simon Kershaw
categorised as elsewhere on the net, liturgy 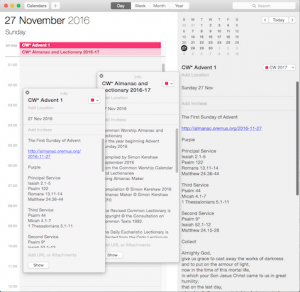 The 2016-17 Almanac is now available for Outlook, Apple desktop and iOS Calendar, Google Calendar, Android devices and other formats, with your choice of Sunday, weekday, eucharistic, office, collects, Exciting Holiness lections, for Common Worship and BCP.

on Friday, 6 May 2016 at 1.27 pm by Simon Kershaw
categorised as liturgical texts, liturgy

Church House has published online a set of Liturgical Resources for the Celebration of HM The Queen’s Ninetieth Birthday containing: Notes of Guidance; an outline service; collects and graces; and suggested readings.

The resources are available as a PDF here.

It is hoped that many churches and communities will be able to celebrate the ninetieth birthday of Her Majesty the Queen. This leaflet contains, by kind permission of the Dean and Chapter, the Outline of the Service of Celebration and Thanksgiving which will be held at St Paul’s Cathedral on Friday 10 June 2016. Churches are invited to use elements of this outline in their own preparations, especially the bidding prayer, intercessions, and act of thanksgiving in the appendices. In addition to the resources below, St Paul’s has commissioned the Master of the Queen’s Music, Judith Weir, to compose a choral anthem, I love all beauteous things, which can be used in the context of a celebration service and is now available.

Also included here are the Collects which The Queen has been pleased to approve for use in services celebrating her birthday, and Graces for use at church and community gatherings. Finally, the Liturgical Commission suggests a number of appropriate readings suited to a celebratory service.

Thanksgiving for the Queen’s ninetieth birthday

on Wednesday, 3 February 2016 at 6.14 pm by Simon Kershaw
categorised as liturgical texts, liturgy

The Liturgical Commission has prepared two collects (one in traditional language and the other in modern language) for use at services celebrating the ninetieth birthday of HM the Queen, which falls on 21 April this year. These have been approved by the Queen, and the Commission has asked that they be circulated as widely as possible. The Commission has also provided two graces for use at church and community gatherings such as street parties.

Collects:
Heavenly Father, who hast brought our gracious sovereign Queen Elizabeth to the completion of her ninetieth year, and dost gather her people in celebration of the same: grant that we, rejoicing before thee with thankful hearts, may ever be united in love and service to one another, and her kingdom flourish in prosperity and peace, through Jesus Christ our Lord.

Heavenly Father,
as we celebrate the ninetieth birthday of Her Majesty the Queen,
receive our heartfelt thanks
for all that you have given her in these ninety years
and for all that she has given to her people.
Continue, we pray, your loving purposes in her,
and as you gather us together in celebration,
unite us also in love and service to one another;
through Jesus Christ our Lord.

Graces:
Bountiful God, giver of all good gifts,
we give thanks for the many years and long reign of our Queen;
Bless our food, our neighbourhood,
and our enjoyment of each other’s company.
Help us to learn from Queen Elizabeth’s commitment to her people,
so that our community may be strengthened
and all may flourish.
We ask this in the name of Jesus, the King of love.

Gracious God, give our Queen continued wisdom and strength
to carry out the promises she has made;
and bless (this food, and) those who are gathered here,
that, sustained by service for others,
we may faithfully serve you, all the days of our life.
[With words from The Queen’s First Christmas Broadcast, 1952] 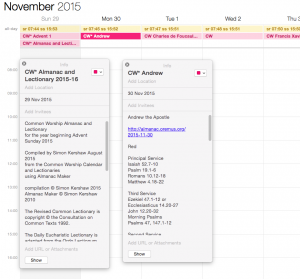